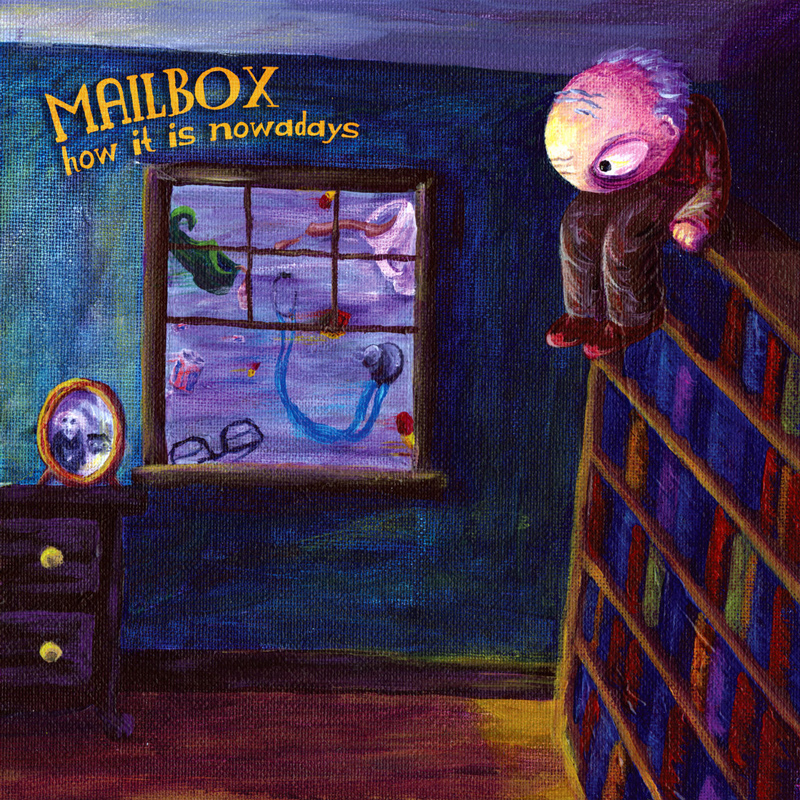 This is the first Mailbox album featuring the 2001-2005 Vermont band. It’s a much better album for having all those extra hands in the pot. Jeff, Chris and Jay all helped in the arrangement and development of these tunes. I’m also especially proud of the lyrics I wrote for How It Is Nowadays and how I managed to tell the same story ten times from ten unique perspectives. Yes, it is a concept album but I purposely was never explicit about the common thread at the time.

The lyrics were written during periods when I was young and obsessive and addicted to coffee. Tunnel vision takes over most of the time except for the fleeting moments of clarity when we can look at our past and see all the madness that lead us to our present … and watch that madness play out all over again.

I’ve always touched on these themes in my music and lyrics and I think I nailed it with this album. This is perhaps why this was the last Mailbox album that I would classify as geek rock. After a handful of albums I finally perfected my message and it was time to move on. I have a whole new set of neuroses and ideas to explore now.